Home › Travel › VIRGINIA to TEXAS with a BBQ Junky

VIRGINIA to TEXAS with a BBQ Junky

Lean, tender and moist, “I've got to get me some”, Bar-B-Que Brisket. For the last year I've been eating all the Bar-B-Que (BBQ) brisket that's come within arms reach. It's an addiction. I blame the Texas born and raised Robbie and Angie Bice for my condition. About a year ago they invited this innocent Chicago boy over for some home smoked, Texas BBQ brisket. I was a virgin. Since that meal I've felt different. I've bought a western belt, a cowboy shirt with snaps, visited the Country Music Hall of Fame and now I'm traveling down Texas Highway 380 in search of another fix.

When I was growing up in Chicago, “BBQ” was one thing, a sandwich of cooked loose ground beef drenched in tomato sauce – a “Sloppy Joe”. Since my childhood BBQ has been transformed into an art form that involves beef, pork, chicken or anything else you can fit in a smoker. BBQ can be divided into dry or wet and can also be classified by city or state, i.e. Texas, Carolina, Kansas City, Memphis, etc. I'm a newbie to the world of BBQ and this road trip from Virginia to Utah has become my classroom.

We left Virginia a few days ago and last night stayed in Nashville near Vanderbilt University. Nashville is a fun city with endless live music options. Our first stop in the city was the “Country Music Hall of Fame and Museum”. I dreaded the hassle of finding parking downtown on a Saturday but our travels in and out of the city were as smooth as Tennessee whisky. 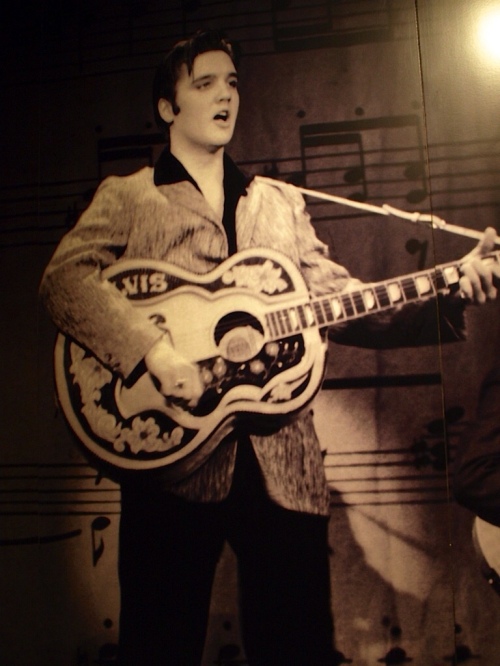 The hall of fame and museum were more interesting and diverse than I expected. Of course it had a wall of gold records, old recordings and black and white TV clips but it also gave meaning to the names and song titles I recognized but didn't really appreciate the significance of. Starting on the third floor we learned about the migration of American country music from its roots in the hills and hollows of the east to it's arrival at “Nashville of the West”, Bakersfield, California. We learned how the unacceptable “Hillbilly Music” morphed into the acceptable “Western Music” during the era of the “singing cowboy” with the help of Roy Rogers and Gene Autry. Apparently the migration of “Country Music” to California was in large part due to the westward movement of displaced farmers during the “Dust Bowl” years. They brought their families, guitars and fiddles and as is the tradition in country music, the people put there life experiences into there songs. I don't claim to know where folk or blue grass end and country or western start but the museum touched on all of them and wove them together to make the story of American Country Music very entertaining.

The second floor covered the transformation of country music in recent decades with “Southern Rock” and “Cross Over” performers like Alabama, Lynard Skynard, Dolly Parton, Garth Brooks… all the way to the social media savvy Taylor Swift. It was interesting to see how this original American music went from not being acceptable for radio play to becoming huge prime time television events. Today the Country and Pop genres have melded to the point that I often can't' tell if the singer is a country or pop star without seeing the hat. However, if the song clearly describes a significant life experience or national event like 911, I'll put it in the Country Music category. Or as Merle Haggard put it, “Country songs are the dreams of the working man”.

By the time we arrived back on the first floor we were ready for some BBQ. A short walk from the Hall of Fame landed us on historic and lively Broadway. On Broadway across the street from Ernest Tubb's famous record store you'll find Jack's BBQ. It's been around since the 1970's and Jack's brisket was lean and tender with a fine smokey flavor. It didn't require additional sauce but they offered three different types so I had to try each one. The Tennessee sauce was a little too vinegary and reminded me of North Carolina BBQ. The Texas was slightly hotter but too smokey for my liking. The Kansas City sauce was just right, sweet, a little smoky and not too tangy.

When we stepped back out onto Broadway Sue and I were immediately overwhelmed by the cacophony of country music seeping from the bars onto the street. It seemed like every honky tonk on the strip had a live band playing. In addition to the bar bands their were street performers tucked in doorways and sitting on curbs living the dream of “performing in Nashville”. The city's tie to the country music scene is everywhere you look including the sky scrappers with the TCM logo. Our visit was too short and I thought how fun it would be to hang out there for a week visiting the the clubs and getting a taste of the “American Country Music” scene. But we need to get to Utah and there's more BBQ to try.

Corky's BBQ in Memphis is known for its ribs. We ordered a slab of beef ribs with one half “dry” and the other half “wet”. I imagined “dry” BBQ to be dry meat with a spicy, salty concoction rubbed in. It didn't sound very appealing. Boy was I wrong. The “dry” ribs were moist and tender with a mildly spicy coating on top. The “wet” ribs were what I expected, delicious ribs with a mildly, spicy tomato base glaze. They were both very good and if I had to choose only one type I think I would go with the “wet” but it would be a tough call. Sue preferred the “dry”. 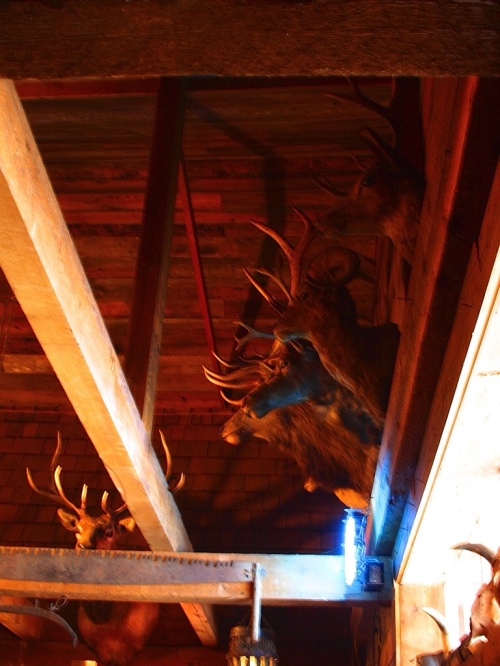 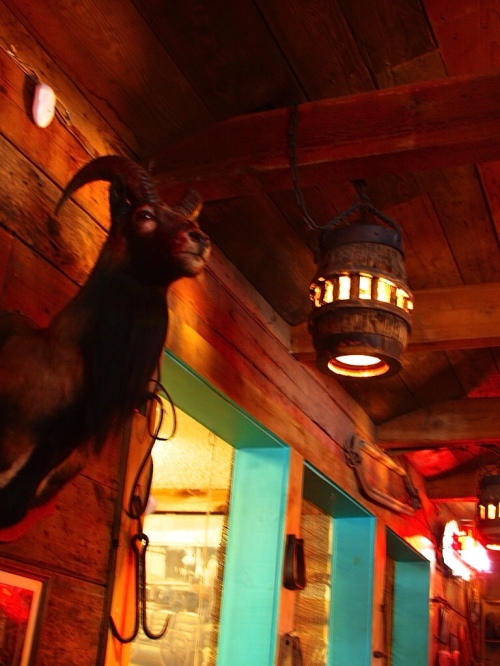 Twice in Texas we left the interstate and drove 10 miles down narrow, rough roads, to reach a BBQ brisket joint that was either closed for vacation or renovation. What's the chance of batting 0 for 2? Anyway, we finally found one open, “Square's Bar-B-Que Pit and Grill” in Abilene. It was a cheap and simple place where you walked down a buffet line chose your type of meat and two sides, then headed to your table with your tray. Above your head, in the rafters of what looked to be an old shed were the heads of many dead animals including a couple of elk. The lighting consisted of lamps mounted on wagon wheels or small barrels suspended from the ceiling. The place really made you feel you where in Texas and the BBQ brisket was excellent. It was served with a sweet BBQ sauce that's been the best I've tasted on this trip so far. But the road trip is not over and who knows what we'll find further down the road.