Home › Hiking › The Beach and Good Body Self Image

The Beach and Good Body Self Image 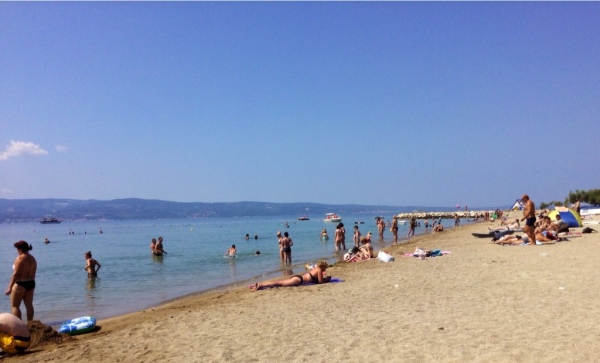 The sandy beach on the north side of Omis

Heading to the beach it’s important to have a good body self image, especially if you plan on arriving alone, wearing the typical European Man Thong. Fortunately I am comfortable with my body even if some onlookers are not. This most likely stems from the fact that I don’t see my body as most people do. I don’t claim to be the chiseled god of my glory days but a pleasant way to describe my current physique is, “American Light”. Granted, medically speaking I fall on the right side of the BMI yellow zone, just shy of medical intervention, but more than half of America is further to the right than I am so by default I am the new, “American Light”.

Omis beaches are filled with stout Eastern European men and woman that are further to the right on the BMI scale than I am so I feel pretty good about myself here. From listening to them I would guess they are mostly Croatian with a few neighboring countries mixed in. The only problem is every so often a Western European shows up with a physique like Jacques Cousteau and makes the rest of us look pretty bad. 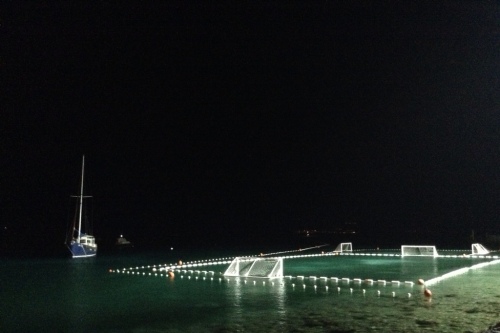 I’ve learned on this trip how popular water polo is in Europe.

To my surprise the patrons of this beach are even more comfortable with their bodies than I am with mine. It’s not uncommon for them to take a part out, move it around, then stuff it back in. It’s women that primarily do this but unfortunately I’ve observed men in the act too. This surprised me because I associate Croatia with being mostly catholic. Having grown up catholic it’s difficult to imagine my parents doing the same sort of thing on the shores of Lake Michigan. The other thing that is different here is that some girls who look to be as old as nine or ten, play on the beach totally naked. No one seems to be troubled by it and the parents are attentive with the sunscreen but it does make me think how prudish we Americans are. 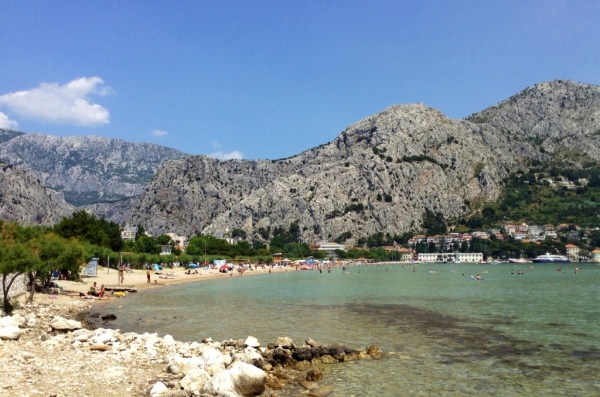 Another beach in downtown Omis near the Water Polo court

However nakedness does add complexity to picture taking. My DSLR with the viewfinder died recently and the only camera I have now is my iPod Touch. The bright Mediterranean sun on the LCD screen makes seeing detail in the picture impossible at times. I certainly don’t want to be mistaken for a pedophile or upset someone’s husband for taking a picture of something I didn’t even know was in the shot. Earlier today I was taking pictures of sailboats off a rock jetty. I had taken at least six before I looked up and noticed five guys laying on the rocks with their bare butts pointed at me. It made capturing a decent picture of the sailboats rounding the jetty very difficult. But at least they were laying on their stomachs.

Well I have to get ready to go to the beach now. Like a true American I need a little extra time to put everything in place before I leave so I don’t have to go shaking things about in front of all those stout Europeans. Talk to you later.