Home › Biking › A War Story and Generations of Inspiration

A War Story and Generations of Inspiration 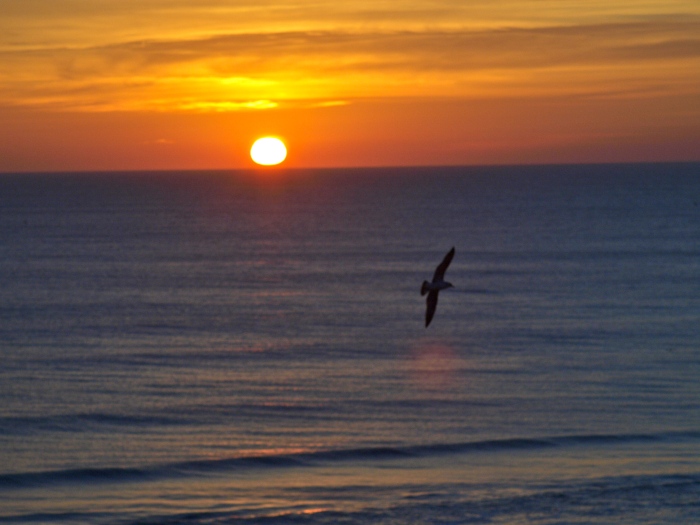 At five feet four inches tall with a soft voice, poor hearing and a weak heart, the image of a war hero wouldn’t come to mind when you looked at Frank. And it’s unlikely Frank would mention his past to you. He prefers to talk about his honeybees or tell you a joke with a twinkle in his eye followed by a devilish grin. Most of his jokes are lifted from the pages of Reader’s Digest but all are clean and wholesome; just what you’d expect from a man who volunteers to talk to prisoners about God.

But that day in my office Frank was in an unusual mood, it probably stemmed from his recent hospitalization for heart failure. He was the healthy one in the relationship; his wife, Ann, was the fragile one with a complex medical history and many hospitalizations. Ann was a sweetheart and regularly sent my staff and I thank you cards but sadly she was tiptoeing on a thin line just one crisis from death. As resilient as the human body is and as progressive as our medical skills have become our bodies still wear out just like an old boat. Over time our joints weaken, our pumps fail, our radios quit and then one day the engine sputters, jerks, stops and never starts again.

The Camino spirit is ageless. Spain

When people come close to death or realize their days are few they often reflect upon the important events in their life. Unrelated to the reason for his medical visit and out of character for Frank, he began to tell me about an event that took place somewhere in the Pacific during World War II. He was a pilot of a multiengine plane that transported troops and mail throughout the region. He told me about his plane, his duties and his flying buddies. I wasn’t sure what his story had to do with his medical visit but it seemed important to let him speak.

Frank proclaimed, “You never know why things happen the way they do”, then proceeded with his story. When Franks’ plane left the tarmac that morning sixty years ago it was chock-full of soldiers and mail. Moments after take off one of his engines died. When one engine quits on a multiengine plane if you do not take the proper counter measures immediately it will quickly spin out of control. In World War II the likelihood of landing a multiengine plane safely after loosing an engine on takeoff with minimal height and not enough power to turn around was almost nil.

He said, “Just the day before the other pilots and I were discussing how we would handle a plane if we lost an engine on take off. We were just shooting the bull in the chow hall, just talking ”, then he looked away and became quiet. There was a lot of debate in the chow hall as to the best way to handle the problem but the next morning when Franks’ engine died he immediately took the counter measures he said he would and against incredible odds returned the soldiers and the mail safely to the ground. If Frank wasn’t successful in his efforts I don’t know how many lives would have been affected by that plane crash but I know both Ann’s and mine would have.

I didn’t know what to say to Frank when he finished his story but I suspect he was talking to himself as much as he was to me that morning. The experience may have been weighing heavy on Franks mind because he thought he had just cheated death a second time and his luck may be running out. Or perhaps he was doing a bit of inventory and adding up some of the things he had done right in his life, either way it once again reminded me that people are seldom only what we see.

That is especially true with the elderly. Often just because they all share the same hair color, slow gait and bad hearing we clump them together as one person with an antiquated homogenous life experience that has nothing in common with the life and dreams of the current, younger population. The truth is the elderly are a diverse collection of warriors, healers, lovers, jokers, world travelers and more. I find their tales far more interesting than those of the young bucks checking off boxes on a bucket list conceived by a guidebook company and devoid of context. The sum of a person’s life is far richer than a laundry list of “achievements”. A persons life is a tapestry of successes and failures derived from luck, sacrifice, complicated choices and experience. Hearing Frank’s story was a peek into his soul as opposed to trite bravado.

Perhaps instead of googling “bucket lists” when planning our holidays we should just turn to an older person and say, “What were the incredible adventures, experiences and moments in their life”. You might be surprised by what you hear and if you’re lucky you may be inspired to embark upon an original adventure not found on any publishers bucket list. Good luck. 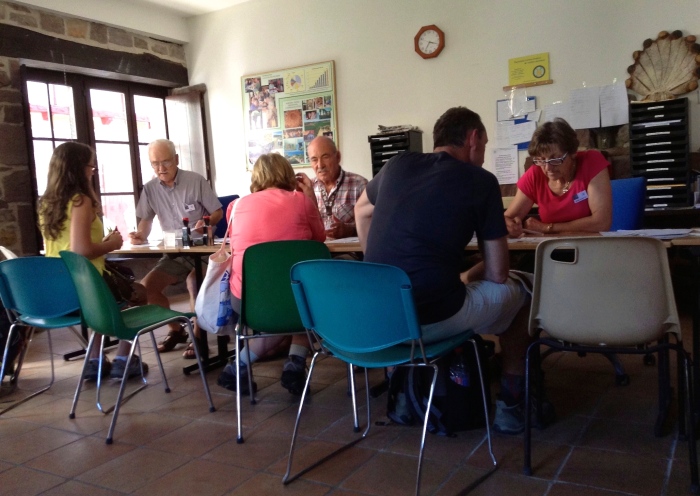 The older, white haired generation sharing their experience and knowledge of the Camino with a younger generation about to begin their journey. France