How much can you experience in just two days of hiking the Appalachian Trail?

About twenty miles south of Harpers Ferry we started our hike. The mid-Atlantic summer began with a heat wave, highs in the mid nineties and humidity at 75% plus. Hiking in the muggy temperatures brought back fond memories of our 2011 AT hike. Instead of focusing on the smothering heat I let my mind drift back to the good times and fine people I met then. Soon my head was full of trail names, Water Bug, Flame, Zig Zag, Willing and Able and others. Funny experiences and challenging moments from both ends of the trail came flooding in. Despite being far from fit or trail hardened I climbed the hill and over the rock-laden section known as “The Roller Coaster” with surprising ease. Recalling good times and people often give me strength and speed that I shouldn’t have.

The trees were thick with leaves and the canopy, often referred to as the “Green Tunnel”, easily kept us out of the direct sun and made sunglasses unnecessary. But the few overlooks that were available gave us a clear view of the hills and valleys that surround the Shenandoah Valley. At one bend in the trail we were greeted by a long, silky black snake. It too was following the ubiquitous white blazes that mark the trail from Georgia to Maine. However, instead of hiking north or south it chose to follow the white blaze skyward toward the canopy.

We carried small, 22-liter packs that were about half the size of the packs we used for our long hike in 2011. Nonetheless we easily fit our food, tent and Steri-pen, the UV light that sterilizes our water. With the current temperatures sleeping bags are over-kill so we happily packed just our bag-liners for sleeping at night. But as often happens on the AT, especially on the southern half, trail magic intervened and soon we discovered we had over packed. 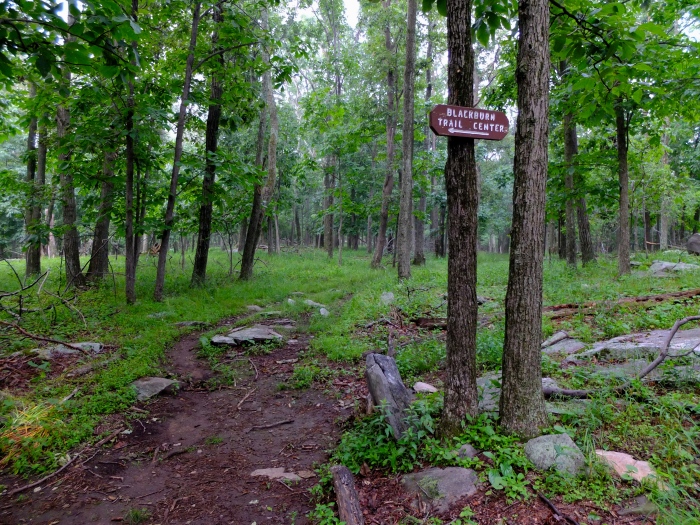 We arrived at the Blackburn Trail Center in the early afternoon and met the caretaker, “Kermit”. Kermit was a 2011 thru-hiker who summited Kathadin a couple of weeks before we did. We never met on the trail but I remembered reading his journal entries at shelters along the way. Having shared the AT experience eliminated the uncomfortable feeling of being strangers. He invited us to sleep on the screened-in-porch and also informed us that a local religious group from an organic farm was going to give us some trail magic tonight in the form of a catered dinner.

By the time the trail angels arrived with dinner the hiker population at Blackburn Trail Center had swollen to at least twenty. Hikers filled the bunkhouse and porch and tents sprouted up around the grounds like ditch lilies. The pump handle call of the blue jay and song of the thrush were drowned out by the laughter and chatter of trail hardened hikers with thick, tangled beards, clothes faded from a 1000 miles of wear and worn boots with a patina of mud, stones and scrapes.  Inside the worn boots rested some tired, ragged, unsightly feet.

The trail angels not only brought us a wonderful dinner of organic vegetables, chicken and homemade pies but also entertained us with handmade music. A German who recently migrated to the US played a beautiful collection of music on a harp while the food was being prepared and during the meal his children joined him with guitar, violin and recorder. Such magical moments happen too seldom in “normal” life but amazingly occur regularly while hiking the Appalachian Trail, even if it’s only for a couple of days. 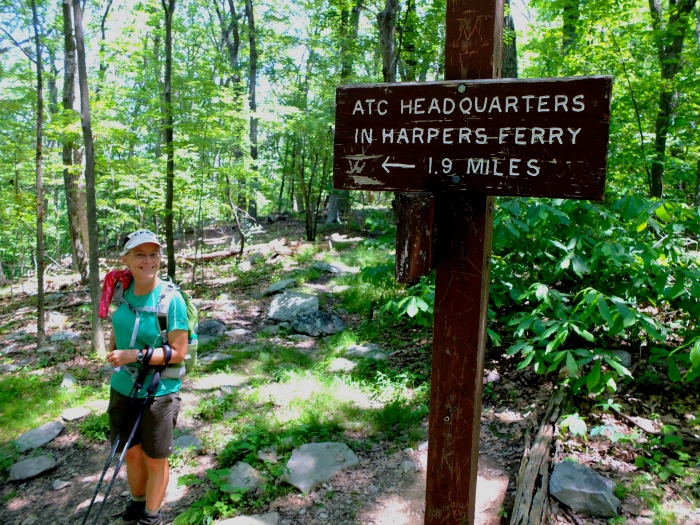