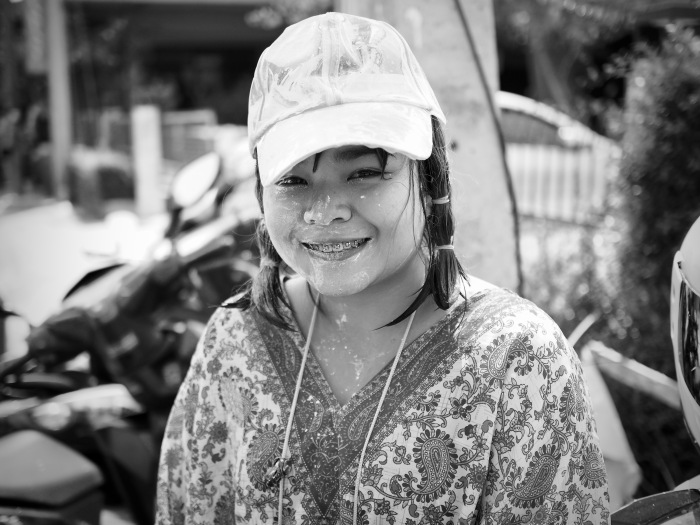 Songkran is a little like the Bill Murray movie ‘Groundhog Day’. The same thing occurs day after day. The next morning Songkran continued and the manager or perhaps she was the owner, encouraged me to join the kids in front of the hostel. They were slinging ice water at the walkers and slow moving motorbikes. The kids may have been her children and grandchildren but since no one spoke English I never learned who they were. But it didn’t matter. Within minutes we were all having fun and soaking wet. A couple times during the day a motorcycle with a side car filled with blocks of ice appeared. The ice was added to the waist high blue plastic crate that held our water supply. After the ice man cometh, the smallest member of our crew, a girl about 9 years old snuck up behind me and poured a bucket of ice cold water down my back then ran away laughing. Later when she wasn’t expecting it I did the same to her. She laughed as much receiving a drenching as giving one. Being part of the bucket brigade was a fine way to bring Songkran to a close.

It wasn’t until my third day in Kanchanaburi that I visited the Death Railway Museum and War Cemetery. Trying to beat the heat and harsh light of the tropical sun I arrived at the cemetery shortly after dawn. In a town with potholed streets and rough sidewalks the cemetery appeared like a mirage. The field was level, the grass smartly trimmed and the headstones plumb and polished.

During the building of the railway the Japanese placed a prison camp about every 10 miles. The POWs and Asian slave laborers were essentially buried where they fell. After the war the bodies were exhumed and placed in Kanchanaburi and other war cemeteries. The Americans were taken back to the states. The last soldier was laid to rest in 1960.

The headstones tell if the man was from England, New Zealand, Australia, India, Canada, etc. It notes his age, branch of service, and most touching, who he left behind. The final words etched on the stone are those of loved ones, like the parents who miss their beloved ‘Reg’ or the wife and child who will always remember their loving husband and father. I didn’t read all the headstones but by the time I was ready to enter the museum the light had changed from an early morning gold to a harsh midday white and my eyes were full. 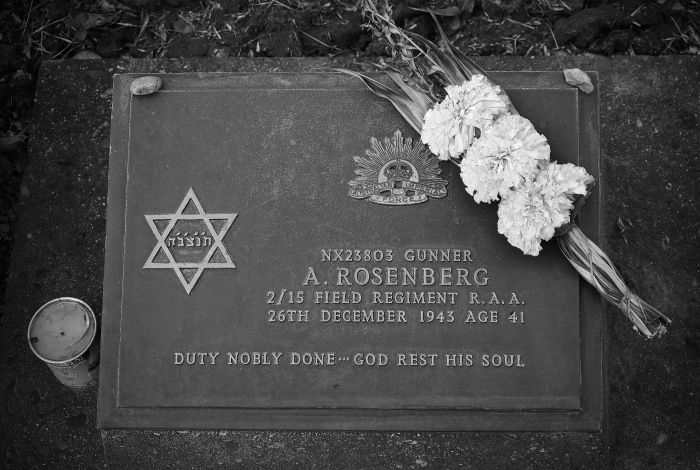 In the museum it described how tens of thousands of Singapore based POW’s were locked in boxcars for four days and nights and deposited in the feral unforgiving jungles of Thailand. They were jammed 28 men to a car and there were no stops for food, water or sanitation. It’s estimated that at least 61,00 Allied POWs and 250,000 Asian laborers worked on the railway. With just hand tools and unimaginable human effort they split boulders, fell trees, moved mountains and built a 250 mile railroad through a dense jungle in 18 months. It’s estimated that at least 12,621 POWs and 90,000 Asian laborers died during construction. They succumbed to disease, starvation and barbaric brutality. Many were beaten to death. The Japanese saw the Asian laborers as the least honorable and worthy of living. So it’s not surprising their death rate in the hands of the Japanese has been estimated by some to be close to 50%, twice as high as the POW’s. 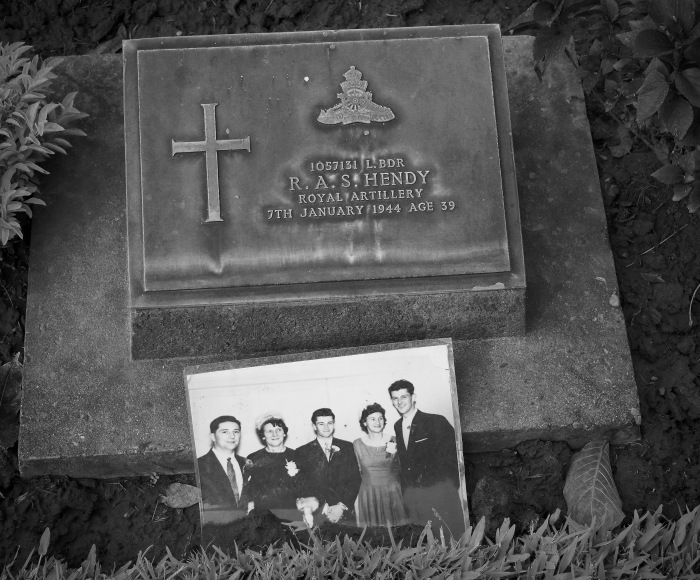 It’s amazing that humans can be so cruel and insensitive to one another. To treat someone inhumanely you must see them as less than human. Often that distorted view is based on the victims’ ethnicity, race, religion, nationality, etc. And as prejudice grows, truth, logic, and reason fades. Over time even basic decency is ignored, especially if the inhumane behavior is endorsed by superiors. Such thinking fueled atrocious behavior in the jungles of Thailand during WWII and has fueled atrocities throughout the world since. By remembering those who suffered and died during the building of the Death Railway we can clearly see why striving to maintain civility, decency and world peace is so important.

Bridge on the River Kwai