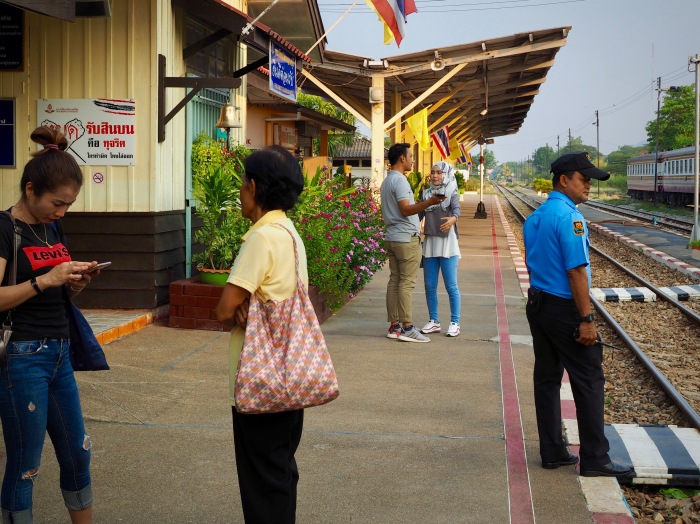 The matriarch had flecks of silver in her thick black hair and a soldier straight spine which made her look deceptively tall and regal for being only about 5 feet high. I handed her my room key and thanked her in Thai and English for her exceptional hospitality. She probably didn’t understand my fumble of words but hopefully she saw the gratitude in my eyes. From her furrowed brow I realized she was concerned about me walking to the train station. She said something in Thai, I thought she was insisting on having a taxi take me to the station but then she darted off and minutes later rolled up to the front door in her car. She wanted to drive me to the station. Whether it was the fact that we were of the same vintage or simply because I was traveling alone she always seemed to be more attentive and kind than her position required. When I staggered in from a day of wandering and plopped down in the common room to review photos or scribble thoughts in my journal she’d appear moments later with a cold drink and a plate of mango or pineapple slices.

I opened the door of her sparkling BMW. The dashboard vents hissed waves of cold air across my sweaty forearms and my nostrils tingled with the smell of new leather as I settled into the plush seat. Careful not to tarnish the pristine interior I cradled my sweat-stained backpack tightly on my lap. It wasn’t crazy hot and the walk to the station would have taken only twenty minutes but nonetheless I relished the climate controlled decadence. Car ownership is rare in Thailand and the matriarchs’ car would be considered top shelf in most countries. However, when we passed the turn off for the train station I started to wonder about our destination. We hadn’t spoken during the ride because we didn’t share a vocabulary. Perhaps she was taking a shortcut or maybe the auto route to the station was different from the pedestrian route. We sailed down the main artery of Kanchanaburi, a dusty four lane edged with appliance, furniture and clothing stores, but only the coffee shops and cafes seemed open at this early hour. When we passed the Railroad Market without turning toward the tracks my senses heightened. She threaded her elegant car through a busy intersection and suddenly the cityscape started to melt away. Storefronts and sidewalks gave rise to trees, farms and foothills. We were heading north toward the elephant sanctuary and waterfalls, but the station where I hoped to catch the train for Bangkok was to the south.

She took a sharp left, hit a few potholes then stopped at a small train station surrounded by tourists and T-shirt shops at the base of the Bridge Over The River Kwai. Her face was filled with contentment and her smile honey sweet. I suspect my face looked quite different. In fact my expression startled her. She had kindly delivered me to a train station but it was the wrong train station.

I uttered a few words in English, then began twisting and turning in my seat waving my arms like a referee calling offsides. Pointing south I said, “I need to go back. To the station near the market”.

Taken aback she quickly punched numbers on her phone in search of a translator then handed the phone to me. The voice had the raspy sound of a young woman still in bed. I told the voice we were at the wrong station and after a few passes of the phone back and forth the matriarch understood and started laughing. She threw her phone in her purse, shifted gears and minutes later we arrived at the correct train station. We shared another round of laugher, then wished each other well in our native tongue.

My stay in Thailand lasted a month and a couple days. The immigration officer at the Bangkok airport was more exacting about my stay.

“Your visa was for 30 days, sir. You have over stayed your visa.”

The truth is, before I touched down in Thailand I knew I would over stay my visa because I miscalculated my date of departure for Cambodia. Some months have 30 days and some have 31 and that small fact sometimes trips me up. I’ve never committed to memory which months have 30 verses 31 days. My little niece tried to teach me once with the help of mnemonics and counting on my knuckles but it didn’t stick. I’m also not the greatest actor in the world so whether I’m talking to an immigration officer or a state trooper I always play the same role, extremely polite and dumb as a rock. To date I have yet to be ticketed or jailed.

My wife, the former police officer, finds my string of good fortune with law enforcement most irritating. I’ve encouraged her to adopt my technique but it’s contrary to her nature.

When she sees flashing lights in her rear view mirror she mutters, “What are they stopping me for? I’m not going that fast. They should stop that guy in front of me.”

Her approach has been far less successful and somewhat costly. And in a town of 5,000 people where the police report is the most read section of the newspaper a traffic stop can turn you into a celebrity.

I had a number of patients begin their medical visit with, “Dr. Chapin, I saw your wife was in the paper last week. They stopped her on highway 27 near Lynn. Said she was going 50 in a 35.”

I never used the patient’s name at dinner but I did say, “Hey, Sweetheart. I had a patient mention you were in the paper the other day. Something about Highway 27 near Lynn.” You can probably imagine her response.

But back in Bangkok… 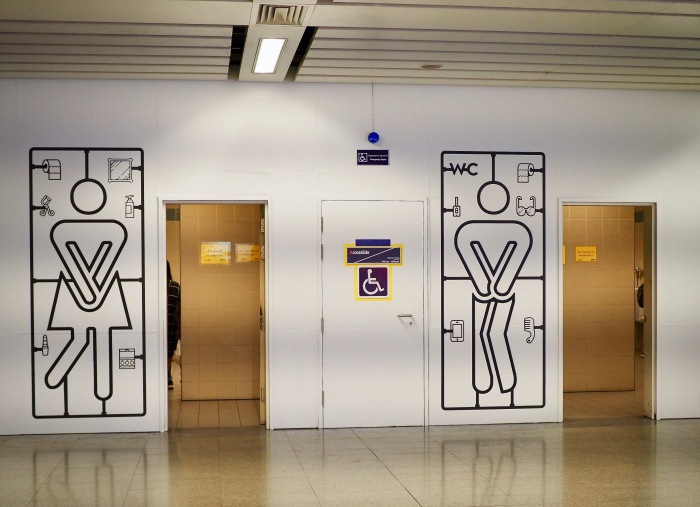 I followed the airport immigration officer to a grey desk where a stone faced woman sat. The officers exchanged a few words in Thai, the woman turned her head just enough to give me a dismissive glance then walloped my passport with her lawful  rubber stamp.

I bowed slightly and said, “Thank you,” then raced to my gate. Thanks to the kindness of strangers and an intrepid display of politeness and stupidity, I had successfully navigated  and escaped Thailand. In an hour I’d land in Cambodia, home of the temples of Angkor Wat and the ‘killing fields’ of the Khmer Rouge.  Hopefully my luck holds.